Now why in the world would I have the theme song from Sesame Street running through my head when this is what greeted us this morning?

Back Yard Suet Feeder Gets Weighed Down 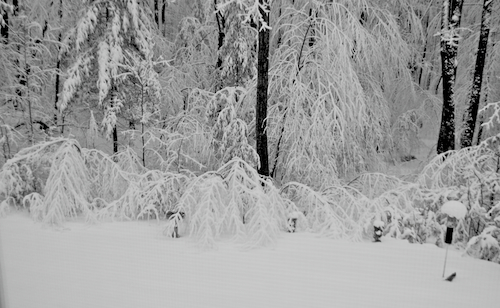 Perhaps it is precisely this April Fool’s Day snow storm that triggered the Sesame Street song. In truth, the song has been bouncing around in my head for the past couple of days. And I think it has more to do with some recent improvements in my health status.

It was one week ago today that I had day surgery at Brigham and Women’s Hospital to remove a fibroid that is believed to have been causing me so much grief these past few months. I had a consult with Dr. Brian Walsh in mid-March to discuss my options. He took one look at my MRI, pointed to the bugger and said “That is what is causing you all this grief.”

A sense of relief washed over me. Could it really be this simple? After being told for years that my only options were to “watch and wait” or have a hysterectomy?

We discussed the specific procedure, a hysteroscopic myomectomy (also known as a hysteroscopic resection) which is a noninvasive form of surgery for this specific type of fibroid. No incisions. No long hospital stay. Just day surgery with IV anesthesia (with painkillers and anti-nausea meds.) I was home by 2:30 in the afternoon.

(Yes the surgical name sounds pretty scary and kind of gross. I’ll spare you the technical gobbledegook. Suffice to say the name comes from the particular surgical instrument used and the name for one layer of the uterine wall. Nuff said.)

Recovery wasn’t too bad; some mild cramping was the worst of it. I laid low, took lots of naps, and watched bad TV. By Monday of this week I was feeling good enough to run some light errands and take short walks.

And today, a week later, I feel back to normal. Definitely a sunny day in spite of the wet snow outside.

Back Deck: 3ft plus

The Ruler Disappeared at 12" 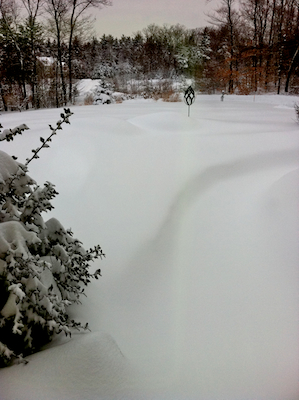 Sweeping Off the Roof 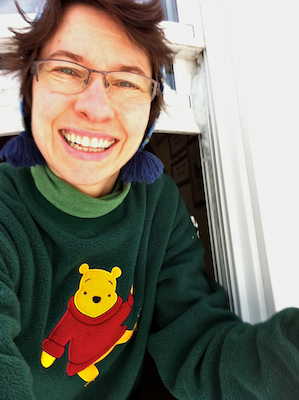 Hanging Out the Attic Window 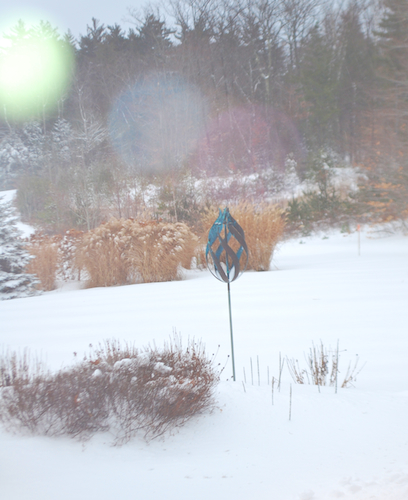 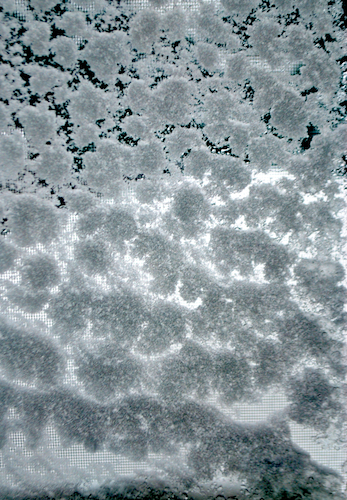 Happy Winter Solstice to all!

Here is a favorite post I wrote a while back on the Solstice: Happy Solstice

And here is a curious article from the Sunday Globe explaining the history of Christmas in Massachusetts. Those good ol’ Puritans. To them Christmas celebration was rooted in pagan tradition and, therefore, a bad thing. Businesses stayed open and kids went to school on December 25. Talk about Scrooge and ba-humbug!

Yes, we had a little snow here yesterday. Not nearly as much as some areas, like Cape Cod, Washington D.C., New York City, New Jersey or Philly. But, 6″-7″ of snow isn’t small stuff either. Here is a view of how it looked yesterday morning in our front yard:

And later in the morning, these guys showed up in the backyard to dine on fallen bird seed. They stayed for a couple hours!

Yes, those are wild turkeys. They started showing up last month, 7-9 of them in a group. One afternoon I watched them fly up into the trees which was pretty funny. This pair poked and scratched in the snow for quite some time.